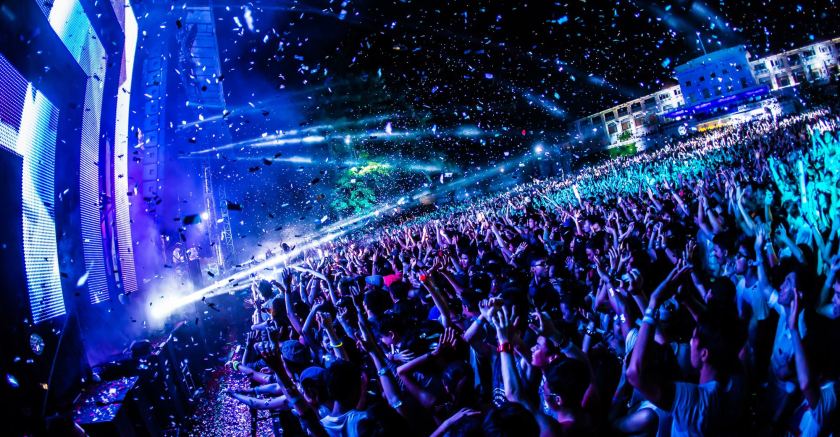 Throughout my time dabbling in the media world, I’ve learnt that getting the chance to “work with a famous director” or perform with “established stars at a huge event” is just poppycock for “you’re not going to get paid”. Young and inexperienced, it’s rare to see budding artists forgo such an opportunity that will seemingly kickstart their careers. It’s a double-edged sword practicing your craft in a small, trifling city like Singapore. The music communities are mostly inclusive and welcoming, the close-knit atmosphere a gratifying breeding ground for jam sessions and collaborations, peer reviews and dandy networking. The congenial rivalries propagate a rise in music quality, the friendships a climacteric element for support and encouragement. The tour of an underwhelming paradise stops right there though, as the bleak, cruel, and bleak reality of music in Singapore painfully sinks in.

For a city clearly punching way above her weight, the art scene has generally been disregarded as an, to put it eloquently, awful career path, if there’s even a path in the first place. The government announced a new initiative a few days ago to try and rescue the industry that is in dire conditions. Sing50 is a new fund that was created to “preserve and promote Singapore’s musical heritage”, with an initial purse of $348,000.

The initiative was stemmed from the Sing50 concert that will be held in August to celebrate the nation’s 50th birthday. The two-hour event held at the National Stadium will feature “iconic popular songs, composers, performers and stories that mark the milestones of music in the 50 years since the country gained independence in 1965”.

The project will also develop the nation’s interest and aptitude for music, as Ms. Sim Ann, Minister of State for Education and Communications and Information, said in a speech:

“Music is important to education, and this is why, along with the arts, along with sports and along with PE, the Ministry of Education has been making more and more investments in this area to make sure our students are able to be exposed to as wide a range of the arts as possible.”

On the surface, this whole idea seems pretty noble. There’s money, there’s a platform for people to showcase their skills, and the younger generation is going to get more exposure to local arts and music. The problems have been identified, and solutions are offered. That’s almost certainly a step in the right direction, right?

Let’s just say that even Stevie Wonder would be more successful in a marathon.

I’m not a musician by any means. I play the piano, but that’s pretty much it for me. Upon arriving at the Sing50 website, I checked in at the FAQ section. The questions mainly dealt with the usual enquiries like who’s entitled to apply and the like, but there was one that caught my attention: “Will I receive any allowance or remuneration of any form if my audition is successful?”

The players in the industry are probably already laughing at this point in time.

It’s really hard to take local music seriously when the artists themselves aren’t being respected enough to even get paid for their time and effort. But what can they do about it, besides sucking it up when told that they “are free to go look for another place willing to let them perform”? As much as the quality of local music in a comparative narrative leaves much to be desired, the sheer amount of sacrifices to pursue their dreams, the large sums of money to invest in equipment and the late hours spent falling out with ‘traditional’ parents should at least mean something. The problem exists in almost all parts of the world as promoters often look to take advantage of unsuspecting debutants, but it’s a problem when the government themselves are advocating this questionable practice.

I think it has gotten so bad that it’ll be easier for musicians to just buy stuff from the supermarket and wait for Saturdays and the 9pm show on Channel 8 to come on.

The answer to that question, by the way, brings justice to my introductory paragraph. The auditions are

“an open call for the Singapore community who would like to have a chance to perform in a mega concert at the National Stadium together with professional musicians in celebration of Singapore’s rich musical heritage over the last 50 years. While those selected will not receive allowance or remuneration for their participation in the concert, there will be meals provided if the rehearsal and performance sessions run into lunch and dinner time.“

In all fairness, not offering pay, while eyebrow-raising, is still a pretty understandable decision. But considering the number of rehearsals and the effort it requires to be committed, why aren’t transport costs and small allowances being given? How can you expect great quality and a great spirit if you’re not even treating your independent contractors fairly? And to think that the concert is organised by The Straits Times and The Business Times makes me even more curious as to why no remuneration is provided for a project celebrating how far we progressed from just half a century ago.

Let’s come back to the Sing50 fund for a minute. As reported, the first initiative would be to purchase 50 Steinway-designed Lang Lang pianos, which cost $26,000 each for use at the Sing50 concert on August 7.

To bring the oblivious up to speed, Steinway pianos are probably the best sounding and, unsurprisingly, the most expensive pianos in the world.

They sound so amazing, it makes people feel good without 2 AA batteries.

So, just to clarify, what are a bunch of children who had barely registered two digits in their age column doing with pianos that even a Singaporean MP would struggle to afford with their monthly pay?

These expensive instruments require so, so much in order to really bring the best out of them, and I’m not entirely convinced that schools will spend money maintaining the pianos when it breaks down due to poor handling on the children’s part. The one in my primary school has found home in a corner under terrible lighting, collecting dust during the night, beaten and abused during the day.

You can argue that hey, let only the experienced and well-behaved ones near it, but wouldn’t that nullify the purpose of exposing as many people to music as possible? What good can possibly arise from this arrangement when shouts of elitism has never rang louder? Why are the pianos there in the first place then, some might add, but perhaps, the biggest question posed would be somewhere along the lines of “why aren’t the funds distributed more appropriately”?

For a show to utilize a state-of-the-art facility and instruments loaned from heaven and not pay its artisans, it just blows my mind really. Why not replace the pianos with Hoffman uprights ($8000~), which, based on personal experience, sounds absolutely fantastic and use the remaining cash to promote more gigs, rent or build more venues to provide more platforms for performers to showcase their talents and most importantly, reward people for their hard work and courage to dream?
I believe everyone involved in the project just wants local music to reach, or even surpass the heights it once attained three or four decades ago, but it’s going to fail spectacularly.

The fund, chaired by Mr. Edmund Cheng, is claimed to “introduce the future generations to Singapore music in delightful ways and build up a sense of affinity and community among ourselves as Singaporeans”, but from the way I see it, the only thing that’s Singaporean about this whole project is how the artists are still not being paid. It is regretful, shameful even that we expect the industry to rise without giving due support and respect to everyone who’s trying to make that goal a reality.

Yes, people will get a once-in-a-lifetime opportunity to perform in something so extravagant that I can only imagine how much joy and pride the performers feel on the stage. Yes, our next generation will get to enjoy more ‘mainstream’ attention on music during their curriculum in schools. Yes, the Sing50 fund “gives us the opportunity to continue promoting and preserving Singapore music and the stories behind them”.

But save the exposure crap.

What are your thoughts on this new initiative? Is it genuinely helpful, or is it just another case of showmanship? Let me know in the comments below!